A Newbie’s Guide to Specialty Beer

Specialty beer and craft beer are two of the biggest trends in American brewing right now. They’re chiseling-out a sizeable market share for themselves and taking some customers away from the big brands that have been around for decades.

As national brands become the norm in most industries, beer is the one place that is moving locally. Local craft breweries can create specialty beers that the big brands can’t. Large companies have to stick to what works, while small, local breweries are free to try new recipes.

Ahead, we’ll take a look at what makes a specialty beer and a craft beer, as well as give you a brief section of recommendations. There are thousands of craft breweries out there, and likely one near you. If you’re a beer drinker, expand your horizons by including some specialty beer in your drinking diet. 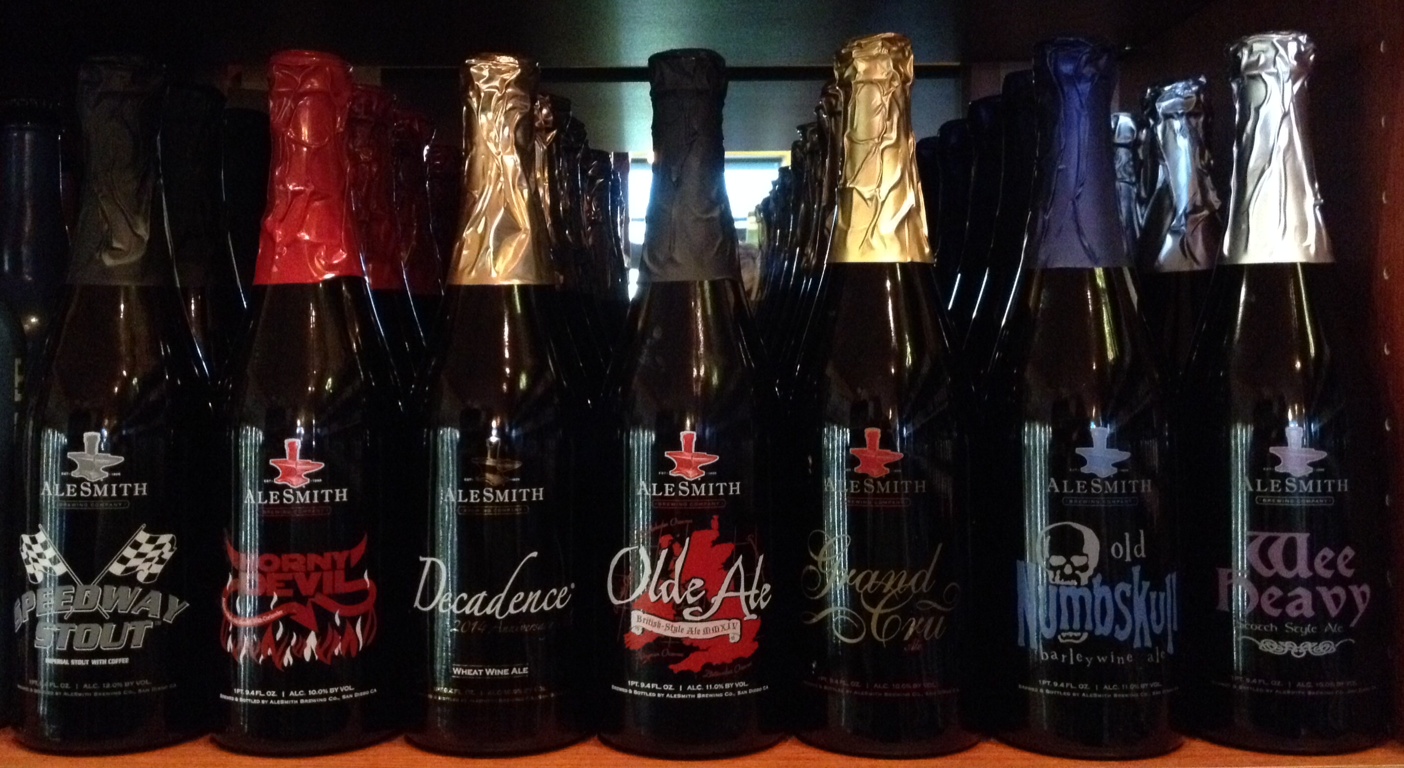 Specialty beer is a general category for a beer that doesn’t fit anywhere else. It’s usually a classic style of beer with a couple of added elements to differentiate it from the pack. You’ll often find specialty beer from craft breweries.

Specialty beer can be almost anything that you won’t find in a typical bar. There is an endless variety of ingredients you can include in a brew, and craft breweries aren’t shy about trying new things.

If you can imagine adding a flavor to a beer, there’s doubtlessly a brewery somewhere that has tried it. We’ve listed some of the most common forms of specialty beer you’ll find below. 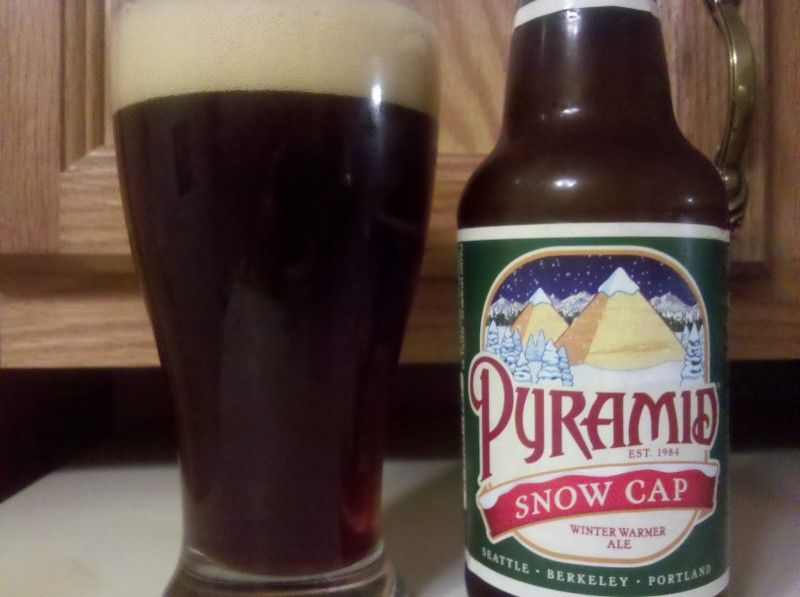 You’ve probably seen a few seasonal beers that utilize spices to make flavors that are unique to the season. Pumpkin beer is a favorite of many beer drinkers in the fall months. People seem to love pumpkin, so it’s no mystery as to why this is one of the more popular specialty beers.

There are a variety of other herbs and spices that can fall into this category as well. If you see a strange spice in a beer at a local brewery, it will probably meet the specialty beer designation.

Fruity beers are popular with people who don’t love the bitter taste of traditional craft beers. Brewers infuse these beers with real fruit flavors or fruit extract. It’s not uncommon for you to see a bit of fruit floating around in your glass as you drink. This is especially popular when the flavoring is blueberry or raspberry.

Coffee beer is another popular specialty beer. People love their coffee, so why not add the flavor to beer? You’ll usually find this dark beer in local bars during the winter months. It will often taste a bit like a hoppy, iced coffee.

Who Will Enjoy Specialty Beer

Specialty beer isn’t for everyone, but it’s such a broad category that you’re bound to find something you like. IPA fans and people who like their beer as bitter as possible might not love most of the specialties, but there are still options for them within the designation.

If you don’t have a taste for beer, though, you should try a few specialty beers and see what you think. Specialty beers are to beer what lattes are to coffee. They’re a way to mask the flavor until you develop a taste for the full-bodied taste of the original.

If you’ve never been a beer drinker, try one of the fruity specialty beers. It might be a bit too sweet for a seasoned beer drinker, but it could be exactly what you need to finally open the door to the beautiful world of loving beer.

Craft beer is a massive industry in the United States. With the revival of IPAs and the willingness to try a variety of styles, craft beer is becoming the favorite drink of American beer lovers.

Craft beer is disrupting the beer industry, and large companies are taking note. Some of the larger beer producers in the country are investing in small, locally-owned beer manufacturers. They’re finding that there’s a massive market for this kind of beer and are looking to capitalize. 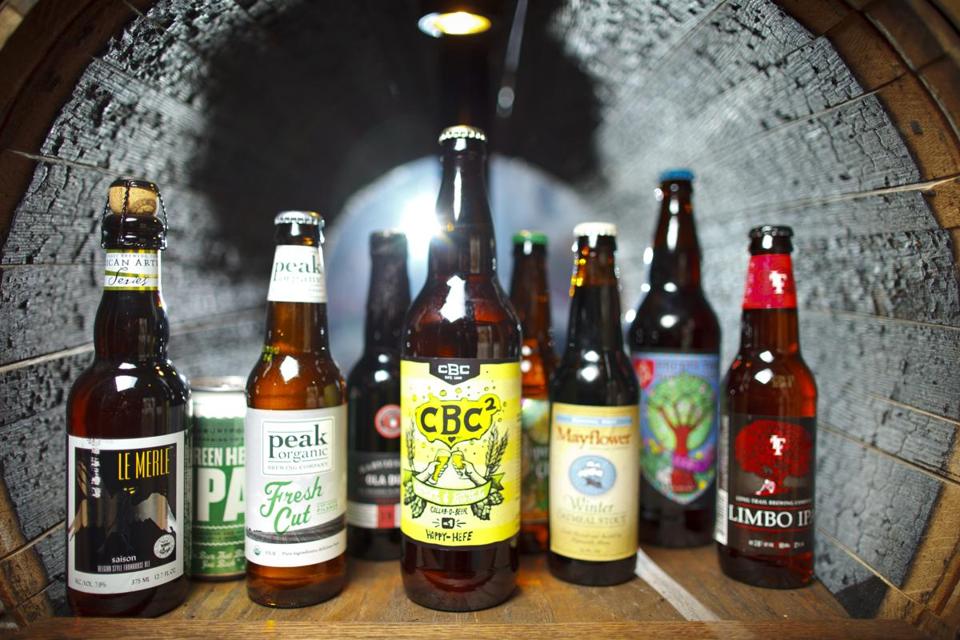 Photo credit to The Boston Globe

What is Craft Beer?

The question of “what craft beer is?” is a fair one. There’s no hard-and-fast definition of what makes a beer a craft beer. You’ve likely heard the term from a friend or two when describing their ideal brew.

The term “craft beer” is often synonymous with specialty beer, but this isn’t always the case. Craft beer can take many styles, and is often traditional instead of specialty, though most craft beers are also considered to be specialty beers.

The simplest definition of a craft brewery is a small brewery that creates a beer for a specialized market. They don’t have the wide reach of large beer companies, but they obtain customers by introducing new flavors and takes on the beer.

The three characteristics of a craft brewery are:

Many people who look for good beer will seek out craft beer over mass-produced beer since small breweries can take more care in creating their product.

Photo credit to The Boston Globe

Within these parameters, it’s difficult to tell when a brewery takes the step away from being a craft beer. If a beer becomes popular enough, it outgrows the definition of a craft brewery. It joins the ranks of big business and expands its reach across the country.

The government is exploring an official definition of a craft brewery so that they can give appropriate tax breaks to small businesses. The difficulty comes when a craft brewery expands past the craft beer label. In theory, if enough people love a craft beer, it will no longer be a craft beer.

There are thousands of craft breweries in the United States. It’s probably one of the best times in history to open a small, family-owned brewery in your local town.

A lot of people want to get into craft beers but don’t know where to start. If you’re looking for a good beer, take a look at our brief list of craft beers below.

The New Belgium La Folie comes from a craft brewery in Fort Collins, Colorado. Despite their size, they provide beer to the surrounding area, and may even supply a location near you. You can check where you can get it by visiting the company website.

If you like sour, fruity beer that makes you pucker-up when you take a swig, then this is the beer for you. The sour yeast combines with a host of fruit and vanilla flavoring, making for a unique brew you won’t find anywhere else.

Photo credit to Save CR Heritage

Lion Bridge Compensation comes from a craft brewery in Cedar Rapids, Iowa. This is one of the smoothest craft beers you’ll try, which is deceiving because of its dark color. It’s not jam-packed with alcohol either, so you can have a few without feeling guilty.

Photo credit to A Pint of Hoppiness

This chocolate, coffee brown ale comes from San Marcos, California. You can find it on the West Coast but will probably have trouble finding it outside that region. This brew is an imperial, or double, which means it’s got quite a bit more alcohol than others. This particular brew is 8% ABV.

Photo credit to The Corkscrewer Report

If you’re in New England and looking for a craft beer that is taking over the market, look no further than the Belgian-style Allagash White. The brewery is headquartered in Portland, Maine, but you can find this beer strewn about New England. This is one of the beers that’s poised to break out of the craft beer designation shortly. A relatively recent addition to the Pennsylvania craft beer family is the Victory Home Grown Lager. If you love the traditional East Coast IPA flavor, this is the beer you’ll want to try.

Craft beers and Specialty beers are taking over the American market right now. People love to buy local beer when they can, and craft beer makers can experiment with new flavors.

The big companies might have more resources, but a limited release won’t net them the profits they need. Craft breweries have room to try new things and see what works. They can have a few failed brews and keep trying until something hits. Eventually, they’ll break out of their local market as we’ve seen craft beer companies do in the past.